The George Rogers Clark Chapter celebrated the 2018 Constitution Day with a luncheon program at the Springfield Marriott on September 15th.  A remembrance of the founding of the United States of America and the 231st year of the adoption of the U.S.Constitution was presented by former Ohio SAR President (and former Chapter President) Terry Whetstone.  Chapter President Randy Young and Southwest Ohio Society chair Elwin Spray joined former Chapter President Paul Schenck, who served as the sponsor, in welcoming new member Compatriot Dennis William Jesse.  Of special note was that Compatriot Jesse’s ancestor’s service included that of a Continental Marine, a rarity of service within the chapter.  President Young presented Compatriot Paul L. Rueger with Supplemental Ancestor certificates — six — in recognition of his successfully proving his descent from additional patriots.
The Constitution Day program was presented by Compatriot Robert E. Grim (former Ohio Society Genealogist and former Southwest Ohio Society chair) of the Chillicothe Arthur St. Clair Chapter on General George Armstrong Custer.  Compatriot Grim made the presentation on the Ohio native in the Civil War era uniform of a two star general (with GAR markings), complete with cavalry style hat and high boots.  Compatriot Grim (who is a Past Commander-in-Chief of the Sons of Union Veterans of the Civil War) took the life of Custer from Ohio, through the Civil War, and, after his death in the Dakotas, continued with the lives of others involved in the Little Big Horn campaign.
Compatriot Whetstone concluded the meeting with a moment of silence honoring the life of Compatriot Paul Wilkie (former Vice President General and former Ohio Society President). 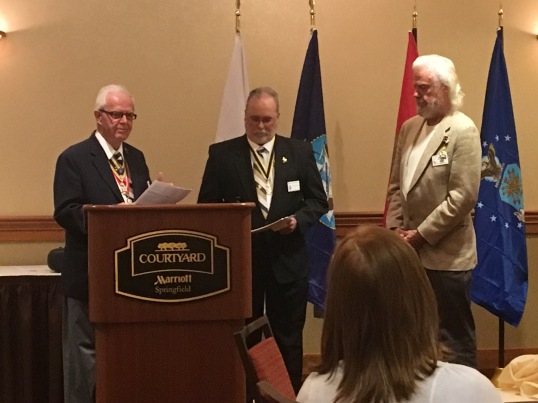 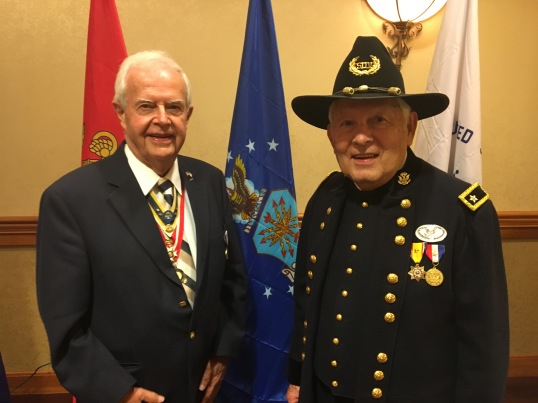